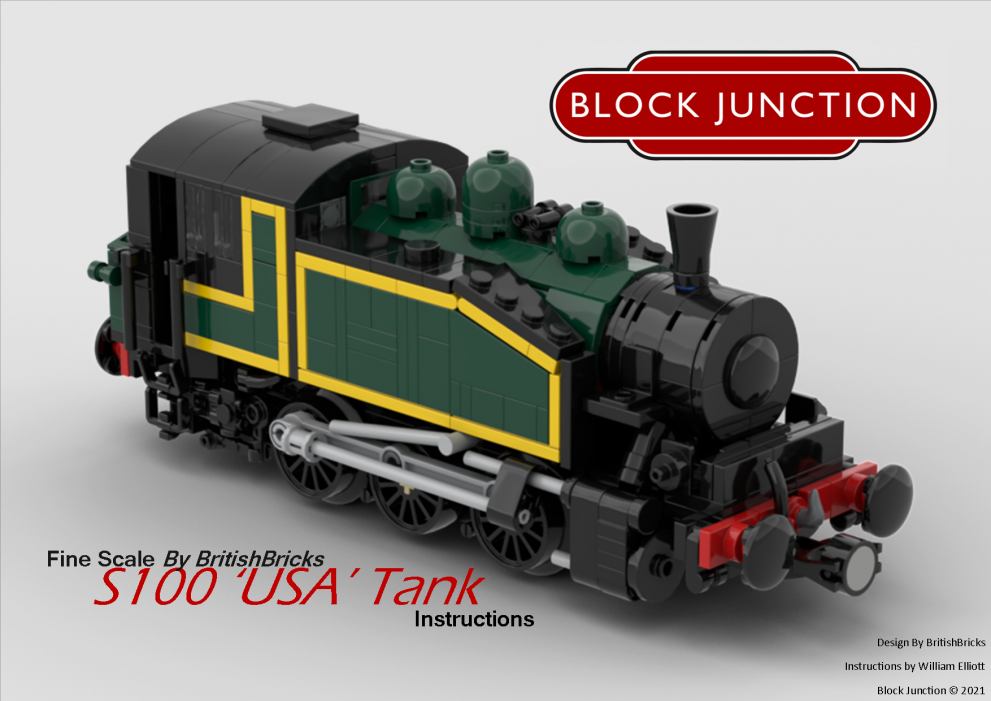 The USRA S100 were a 382 strong class of tank locomotives imported to Britain in 1943 to aid in the invasion of Europe during the last years of the second world war.
In 1946, the Southern Railway needed locomotives with a short wheelbase to replace life expired locos for dock working, and purchased 13 of the S100s.
The loco modelled is number 30064 in British Railways Green as she existed during her time as Eastleigh Locomotive Depot’s shunter, and as she has appeared during some of her life in preservation.

*Please Note* This design uses third party parts that cannot be purchased via Bricklink. The Instructions and Readme provide the information on where to buy the required parts. This design also requires the cutting of a part for the powered version (technic axle from the Circuit Cubes set).

The livery ideas are not included in the instructions and are provided only for inspiration. They depict SR/BR Black, War Department Grey and 30072 as she existed in the early days of preservation on the Worth Valley Railway.