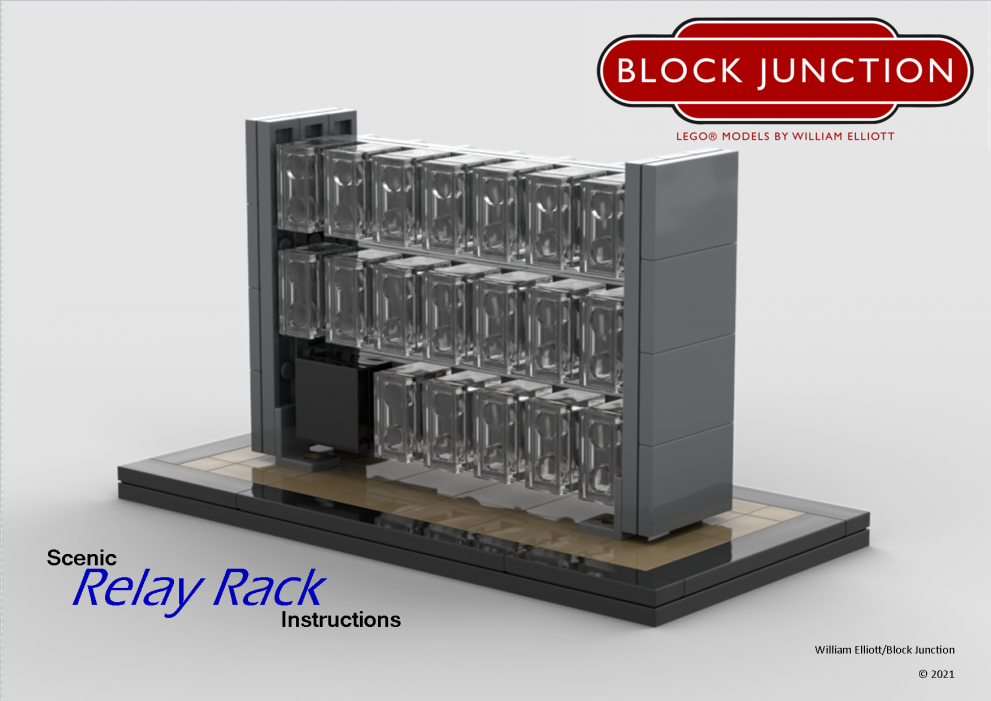 Railway signalling relys on a concept known as ‘Interlocking’ to ensure that it is not possible to set a potentially dangerous route, the principle of which is that it is mechanically or electronically impossible to give the train a green light if you have not already ensured the track is clear, and the points (turnouts/switches) are set in the correct direction. While there are many systems that have been used, they fall into three broad categories, Mechanical Interlocking (physical rods connecting the signalbox to the asset, with phisical locking systems to prevent them causing a dangerous route to be set), Electro Mechanical Interlocking (Electronic signals contral the infrastructure, with electro mecanical Relays being used for the interlocking, and Solid State Interlocking (completly computer based interlocking). Interlocking mechnisms can be found in the lower floor of signalboxes or control centers, or in purpose build ‘relay rooms’ alongside the track.

The model is inspired by the relay racks that can be found throughout the Tyne and Wear Metro system, but would be at home in any signalbox in the UK.

As designed, the model is intented to be a stand alone display peice, but with a bit of modification to the building, a couple of racks could be used in the lower floor of our Signalbox design.

Contains instructions, Bricklink xml partslist and quick guide on how to use the partslists.