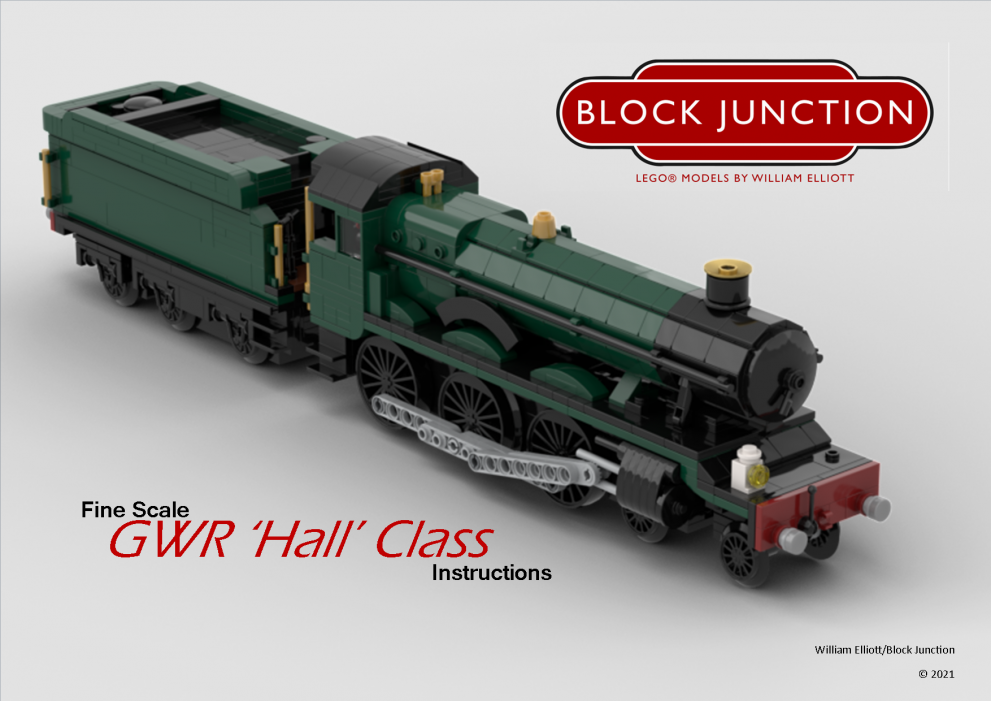 The Hall Class was a mixed traffic locomotive belonging to the Great Western Railway. The Prototype (a rebuilt Saint class loco), was finished in 1924, and after successful testing and minor tweaks, the class started to be built from 1928. The class was so successful they continued to build them until 1943. By that time, a modified version of the class had been developed, and they continued to build those until the last one was finished under BR in 1950.

The model is based on the original Hall design built between 1928 and 1943.

It uses Big Ben Bricks Driving wheels and optionally uses their wheels for the front bogie.

Please note, while the loco is designed to be powered, and is designed to run on standard Lego curves, it is better suited to larger radius curves, and will struggle with grip if unaided with a heavy train on Lego curves.

Contains instructions for Loco, powered and unpowered Tenders, Bricklink xml partlist for each set of instructions and quick guide on how to use the partlists.

Alternative liveries are not included in the instructions, and are only shown for inspiration.