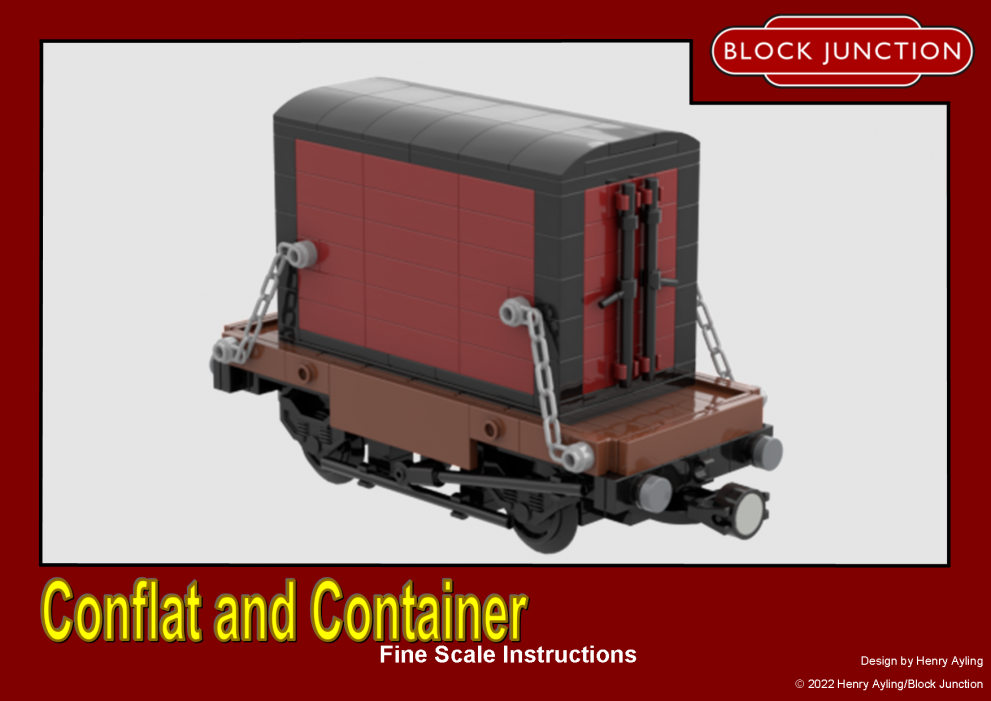 Wagons known as ‘Conflats’ came into existence on the GWR in the 1930 to carry standardised containers, although the rest of the Big Four had virtually identical wagons around the same time that could carry the same containers.
This model is based on the BR Conflat A style wagon, which was a flatbed wagon that could carry either two Type A containers or one Type B container (as carried by this wagon). These wagons were a common sight throughout the system from the beginning of BR until the introduction of the larger standardised containers still used today.

Contains Instructions, Bricklink Partslist and Readme file with a quick guide on how to use the partslist.

Alternative liveries are not included in the instructions, and are only shown for inspiration.