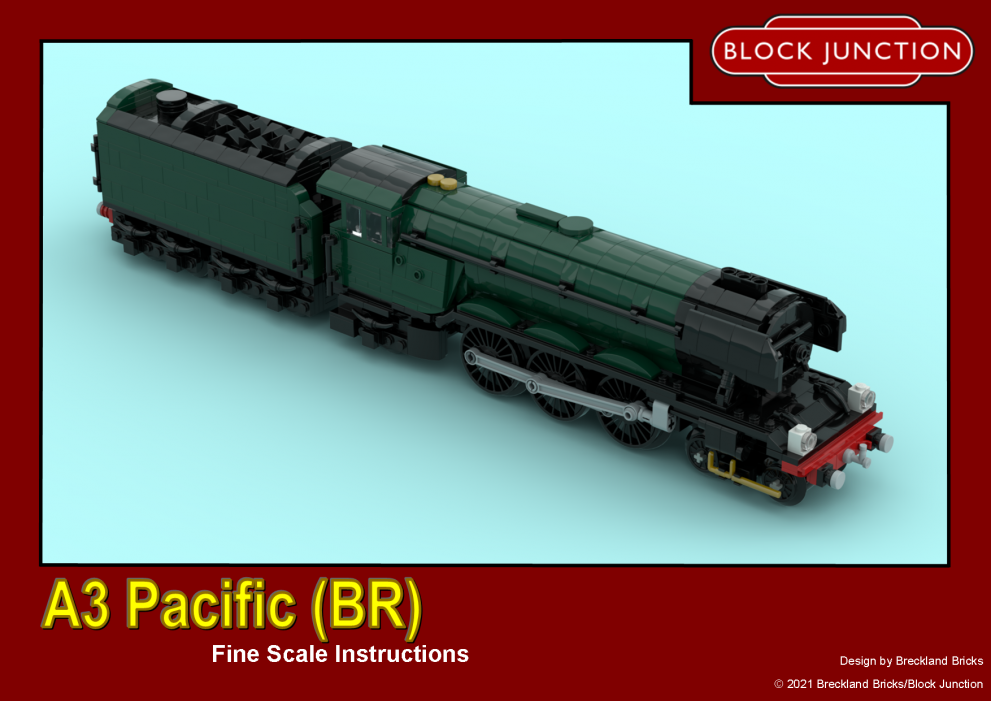 The A3s were an icon of speed and power in their day.

Designed by Nigel Gresely, they were originally built by the Great Northern Railway from 1922, and classified as ‘A1s’ on the formation of the LNER. While successful, they were proved to not be as powerful as they could be after trials held in conjunction with the GWR and one of their Castle Class locomotives. Gresley learned many lessons from those trials and carried out many experiments on the A1s during the late 1920s culminating in the building of the first ‘A3’ in 1928.

In total 27 A3s were built from new and almost all the A1s were converted to A3s. The most notable differences were a higher pressure boiler and larger cylinders, improvements to the valve travel and several other minor upgrades.

One A3 survived into preservation, 4472 ‘Flying Scotsman’, and went on to gain even more fame.

This model depicts one of the A3s as they ran at the end of their career with BR.

Contains instructions for the loco, Bricklink xml partslist and a quick guide on how to use the partslist.

*Please Note* This design uses third party parts that cannot be purchased via Bricklink. The Instructions and Readme provide the information on where to buy the required parts. This design also may require the cutting of hose parts. These instructions are intended for experienced Lego builders.