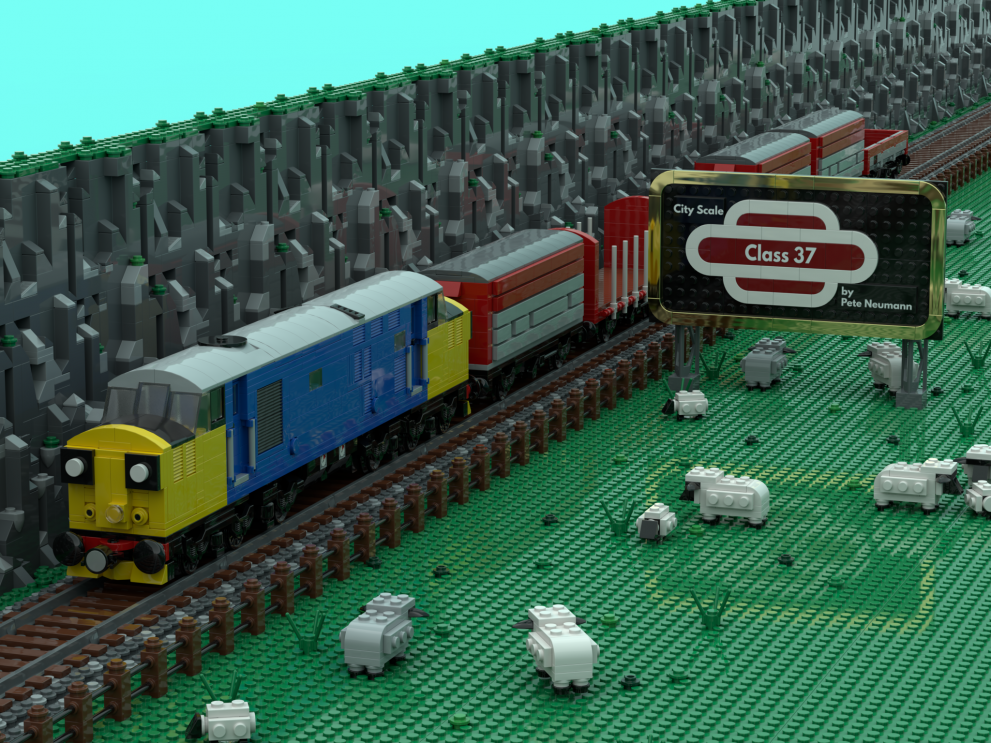 It’s taken a while, but we’re glad to announce the release of Pete Neumann’s fantastic Class 37 (often known as Tractors)!

Introduced between 1960 and 1965, the BR Class 37s, or as they were initially know, the English Electric Type 3s, were a hugely successful mixed traffic workhorse for British Railways.

A total of 309 were built, and there are still 66 in service on the nation’s railways, along with 35 in preservation.

Alternative liveries are not included in the instructions, and are only shown for inspiration. Some changes to published instructions are needed to achieve both livery suggestions.